REFLECTION: The Jubilee Year of Mercy 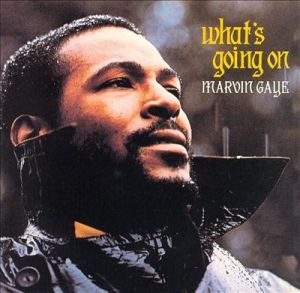 Marvin Gaye (1939-1984), had an electrifying voice that earned him the title “Prince of Soul!” His music recently inspired me while I listened to some “old school music.” The lyrics in the album “What’s Going On?” asked several theological reflection questions that are relevant to today’s issues, even though this album was released in 1971. Gaye posed questions like, “What’s going on?”, “What’s happening my brother (sister)?”, and “Who really cares?” However, none of the questions presented penetrates the soul deeper than the question, “Who is willing to die to save our world?” Expressing compassionately the way of the world in the inner cities, Gaye sang about police men who were trigger happy, bills that were mounting, and people unable to pay their taxes. He even expanded the description of the blues to include people who were panicking because of wars and natural disasters, and, of course, as African Americans who were and still are being judged “simply because we wear our hair long,” or in today’s society because we wear “hoody sweat jerseys.” These issues and more are enough to “make you ‘wanna’ holler and throw up both of your hands,” in despair!

The question of “Who is willing to die to save our world?” is thought-provoking. Eradicating the diseases in the inner city, nationally and globally, will only happen when we are internally willing to die to our ways that fail to produce fruit. Jesus told the disciples that when a grain of wheat falls and dies, it will be able to produce fruit (Jn. 12:24-25). Presently, we need a spiritual call that challenges us to produce fruits to save the families in the inner cities and outer suburbs-a call to awaken a society which has forgotten the prophetic voice of the Isaiah and the dreamer, Dr. Rev. Martin Luther King, Jr. This is a spiritual call to take our weapons of mass destruction and beat them into plowshares; to change the ingredients in our chemical and biological weapons to find antidotes for cancer, AIDS, heart attacks and other debilitating diseases in our world (Is. 2:4). We must lay down our burdens and study war no more. We must be merciful just like our heavenly Father is merciful. Therefore, with the present conditions in our world, Pope Francis has named 2015-2016 the Jubilee Year of Mercy, which makes me ‘wanna’ holler and throw up both my hands in anticipation, ready to experience God’s mercy in my life…