A Mother’s Love, After Hiroshima

“Someday, the voices of the hibakusha will no longer be with us to bear witness. But the memory of the morning of August 6, 1945, must never fade. That memory allows us to fight complacency. It fuels our moral imagination. It allows us to change.”

President Obama said these words standing in front of the cenotaph in Hiroshima Peace Memorial Parkon May 27. At that moment, the debates about why he should or should not visit Hiroshima and what he should or should not do there no longer mattered to me. As the daughter of a hibakusha, a survivor of the Hiroshima attack, I was grateful that the president paid respect to the victims who died that day, to those who lived, and to those who continue to live, being victims to their memories of August 6.

My mother, Toshiko Ishikawa, was a 12-year-old girl in Hiroshima the day the atomic bomb was dropped. She was young enough to not quite grasp why it happened, yet old enough to never forget what happened. My mother lost her family, friends, and home, yet she never lost her ability to love.

My mother moved to the United States in 1959 and shortly after that became a US citizen. My mother did not hold hatred; instead she hoped that such a weapon would never be used again on any country. I have presented her experience to middle schools for the past six years, so students would understand there’s more to August 6th and 9th than the textbook picture of the mushroom cloud and a few sentences stating the bomb ended the war. By telling her story to a new generation of future voters, I hope I am honoring her wish and making her proud.

I wrote my middle-grade historical fiction,The Last Cherry Blossom, when teachers inquired if I had a book that they could add to their class reading list to complement my discussion. The Last Cherry Blossom published this month. It’s a bittersweet time for me. My mom passed away in January 2015. However, she did read the latest draft (at that time) of the manuscript, and she knew it would be published.

Read the whole article at thebulletin.org 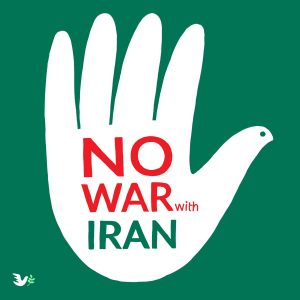