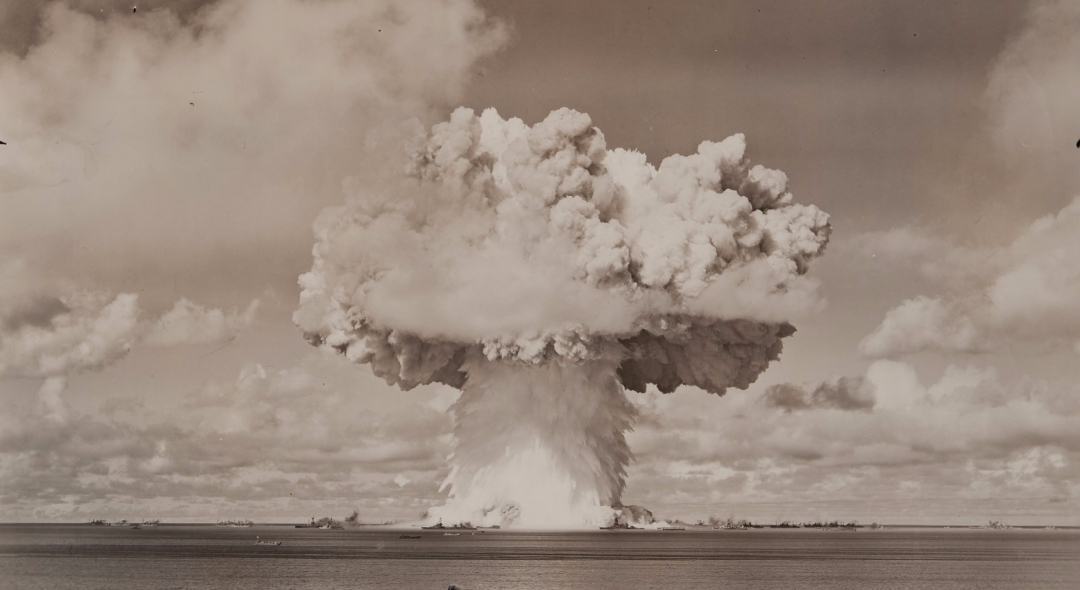 There is a false sense of security that exists with having and acquiring nuclear weapons that the US and eight other nuclear weapon-holding countries currently buy in to. Current policy is based on the idea that mutually assured destruction deters nations from ever using these bombs. This is nonsense. Deterrence is a myth, and the risk of insane heads of state being in charge of nuclear arsenals, accidental nuclear war due to incorrect intelligence, or nuclear malfunctions are too deadly to chance.

Climate scientist, Dr. Alan Robock, gave a horrifying and fascinating Ted Talk, “Climate Disruption from Limited Nuclear War.” He calculated the devastating consequences of 100 Hiroshima-sized bombs, less than 1% of the world’s nuclear weapons, being used in a hypothetical conflict between India and Pakistan.

100 Hiroshima-sized bombs are like bringing 100 pieces of the sun to earth, and  everything and everyone in the nuclear wake would be immediately destroyed. The devastation of these weapons would take 100 million lives instantly, but the long-lasting effect on the climate would take billions. The atmosphere would be left with tons and tons of ash and smoke that will remain for over a decade. The sun’s warmth would be blocked, temperatures would plummet to ice age levels, there would be massive famine, and billions would die of starvation.

This doom and gloom is a real threat, and this scenario isn’t even the worst that can happen.

Here are some important resources that you can share widely about the necessity of eliminating nuclear weapons.

Dr. Alan Robock’s Ted Talk, “Climate Disruption from Limited Nuclear War.”
What it would mean for the world if India and Pakistan used less than 1% of the word’s nuclear weapons.

Dr. Ira Helfand’s Ted Talk, “Can we prevent nuclear war?”
What it would look if the U.S. and Russia got into a nuclear war.

“No such thing as a safe number of nukes,” By Ira Helfand and Alan Robock
CNN article on how getting rid of a third of the worldwide nuclear arsenal isn’t enough.

“Thirty Seconds To Midnight – The Final Wake Up Call”
A documentary by Regis Tremblay about how close we actually are to human-created extinction and how colonialism got us to this point.